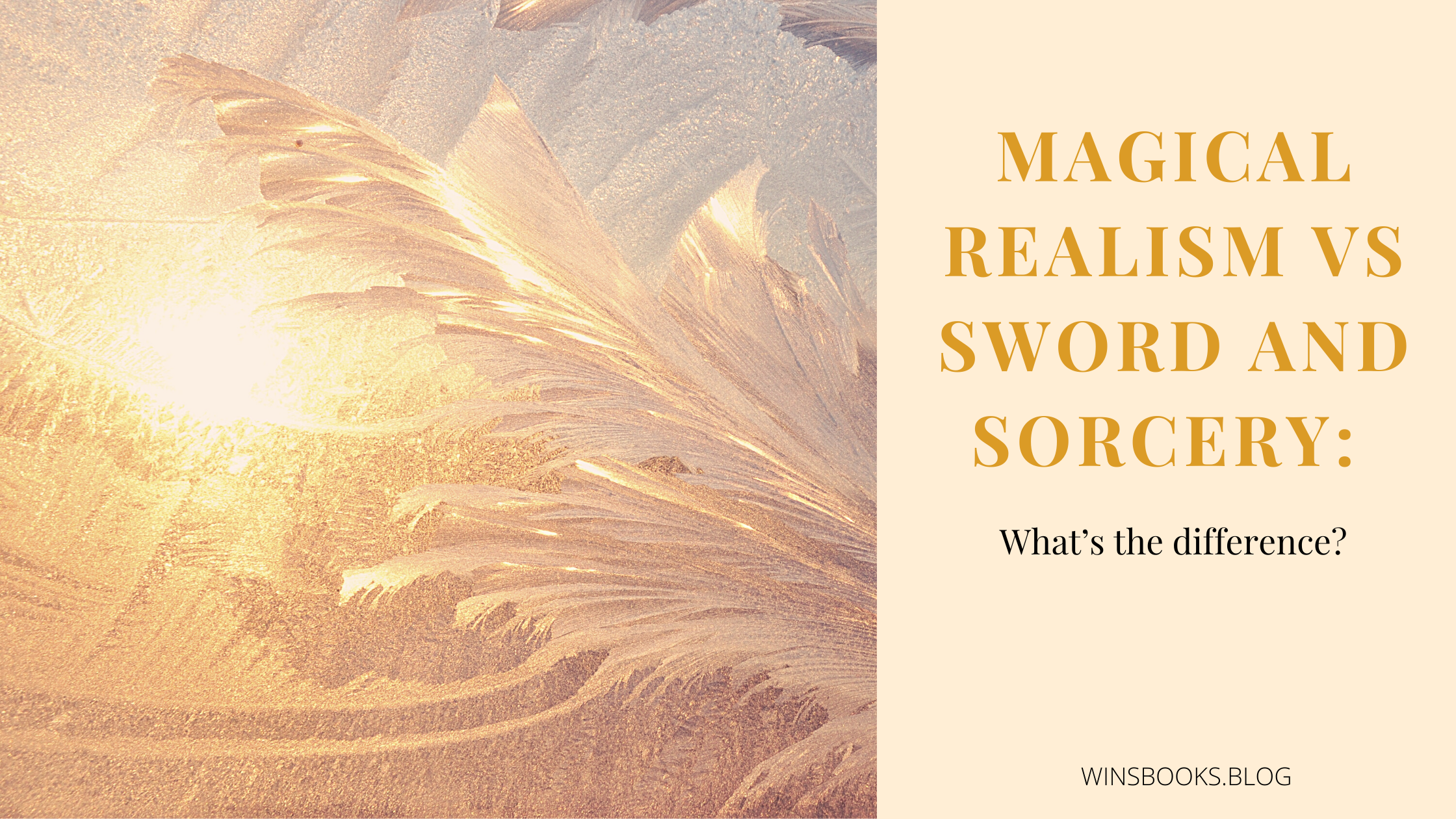 Hey you! I am keeping the introductions short, so we can get into the article! If you are here then you must be wondering what is the difference between Magical Realism and Sword & Sorcery?

And you are at the right spot! As a fantasy author I am very knowledgeable in the realm of fantasy and most of it’s many, many, many subgenres. I have read and noticed that sometimes readers and writers will mixed up certain subgenres. Which is okay, but for those who maybe wanting to be reading, researching, or writing for a certain subgenre, it can be confusing. Hopefully reading this article may help those who confuse the Magical Realism and Sword & Sorcery genres.

What is Sword and Sorcery?

Sword and sorcery is a subgenre of fantasy. As the name states, it’s characterized by sword-wielding heroes battling in exciting and intense escapades. There are elements of romance, magic, and the supernatural often presents with these types of stories.

The story is a fast-paced, action-rich tale set in a quasi-mythical or fantastical framework. The nature of the story’s heroes hopefully finds peace after an adventure of near death. Their lower stakes and less-than-world-threatening dangers make this more plausible than a repetition of the perils of epic fantasy.

Unlike high fantasy (which we will talk about more next week), the stakes in sword and sorcery tend to be personal. Many swords and sorcery tales have turned into long series of adventures.

Common tropes in Sword and Sorcery:

Examples of Sword and Sorcery Books:

The Coming of Conan the Cimmerian by Robert E. Howard

Kingdoms at War: An Epic Fantasy Adventure by Lindsay Buroker

What is Magical Realism?

Now this is my realm (see what I did there) of expertise! Magical realism is a subgenre of the fantasy literary style. Despite including certain magic features, it is generally considered a different genre from fiction. Magical realism is an amalgamation of natural and mystical elements that produces a more inclusive writing form than either literary realism or fantasy. Magical realism uses a substantial amount of realistic detail and employs supernatural elements to make a point about reality, while fantasy stories are from fact. As a literary fiction style, magic realism paints a realistic view of the modern world while also adding magical elements, often blurring the lines between fantasy and reality.

So I am going do a shameless plug and use my books from The Gods’ Scion series! Check them out if you really are interested in reading some really fun and adventurous magical realism!

What is the difference?

The most significant difference you’ll find is the view on magic and magic users. Sword and sorcery are usually in a negative light. At the same time, magic realism is what drives the story or sets character motives, ambitions, etc. Sword and sorcery you see are not set in modern times. Now, magic realism will always be placed in contemporary time or hindering the futuristic, though it can be grouped into a different subgenre of sci-fi.

I hope this clarifies some things, and you found this information useful! Remember, I am just one author and writer and these are my opinions and thoughts. Let me know if you agree with me on the difference of these two subgenres. Thanks for reading and remember: