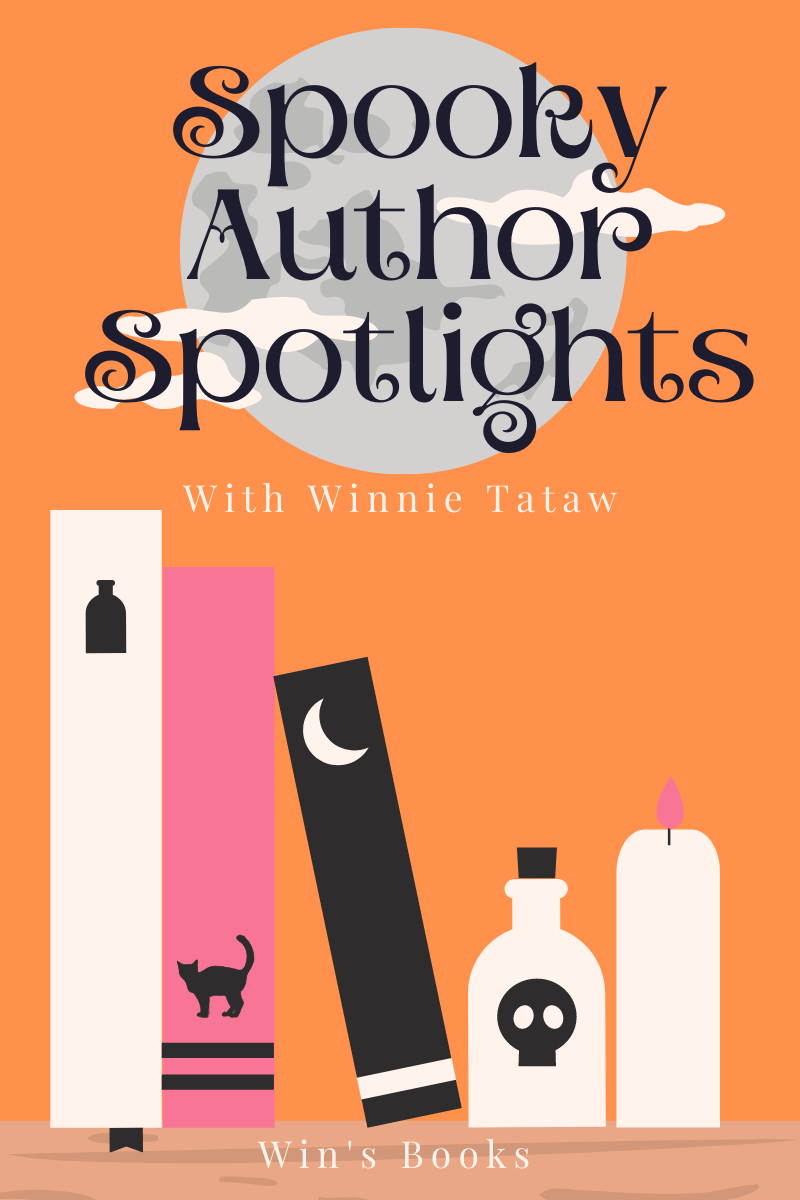 Hello everyone! Welcome to another (spooky) author spotlight! These will be posts where I discuss and showcase, authors and their writing talents and published works. So without further ado let’s get on with the Author Spotlight!

JRR Tokin is a fictitious character created by an author who was afraid to reveal his true name because cannabis (the book’s theme) was illegal in Canada when the story was written. The Author, Mark E. G. Dorey is a master sculptor, and one of Canada’s best indigenous artists. He grew up in a housing project where violence and crime were prevalent. It was cannabis and D&D that kept him from alife of crime. His story is ripe with monsters, graphic horror, and the worst things that can happen to anyone.

What and when started your love for writing?

As a young boy I was creating comic books and giving them to friends and family, but I never believed for even a moment that I would ever be an author. I’ve been writing poetry and songs since I was 14 and could play the guitar. I actually didn’t take writing stories seriously until my mid-20s, when a group of “nerds” invited me to join them for a regular game of Dungeons and Dragons.

Those 5 guys became my closest friends and probably saved my life, and/or kept me out of a career of crime and violence. They unwittingly inspired me to do something special for them, so I wrote down the adventures we experienced during those many nights and afternoons playing D&D. Racism was always something that I had to watch and experience for myself in my old neighborhood, and I wanted to write something about that, so there are many references to it in some form or another in my story.

Of all of the book genres, what drew you to write about yours?

Well, the only genre that is not in my story is eroticism. I wanted to tell a story that had everything in it. I love making people laugh and cry in the same paragraph. I think it is good to practice crying and laughing, both are the most beautiful and poetic forms of human interaction and communication. Everything in between is just life. I like to write about life and make it entertaining too. I love to make people believe they know what is happening and then toss them a curveball and really make them think. I do a lot of reverse engineering of my stories too. I look for a dramatic result and then write backward so as to hide any hints of that result. I hate boxes and the boxes that trap writers specifically are some of the worst ones to be trapped in.

I don’t actually have favorites, in any category. Music, food, books movies, etc. It’s a mood-thing for me. THAT said, I like things that I don’t expect. Things that make me say: “That was original”. The scariest thing I ever watched was a movie called “The Road”. It was frighteningly realistic and plausible. The more realistic it is the more terrifying it is, in my opinion. I am a pretty tough character and I am 100% superstition-free, so Ghosts, Zombies, Satan, those sorts of things are don’t scare me at all. If I had to choose a character from a classic Halloween (?) story it would probably be . . . You know what? There really isn’t one. Not for me. I don’t get frightened easily. “The Great Pumpkin”?

If you could meet your favorite author who would it be and why?

I seldom get excited about meeting famous people. I have met so many that it is not much of a thrill anymore. Most of those I met were rude, self-absorbed and dishonest. I’m not really interested in meeting any authors, to be honest. If I HAD to meet one it would be Douglas Adams.

That guy has a rich and colorful sense of humor and I would have LOVED to get high on pot with him and tell each other funny stories. I have a friend in Africa who I have never met. Maybe I’d ask to meet him, just to give the dude a hug and hang with him for a bit. I actually don’t read much at all. I am always afraid of being influenced by other storytellers, and hope that my style of storytelling stays unique.

What is one thing about Halloween or the spooky season that you can’t stand?

I think we need to get back to basics where Halloween is concerned. Costumes, these days, are so politically driven and NOT driven that they have no more relevancy to Halloween than a beach ball has to Christmas. The whole idea was to dress up as something frightening. Instead, nowadays we are dressing as Storm Troopers and Super Heroes. It’s nothing more than a money-making fake holiday that the corporations look forward to more than the rest of us. It used to be fun when I was a kid.

Now it’s more of a status symbol for parents who want their kids to look cooler than the neighbor’s kids. I want to see more monsters, witches, and classic horror-themed costumes. Let’s stop grooming our kids into becoming the next generation of people stuck inside of boxes created by greedy corporations. CONSUUUUUUUMMMMMMMERRRRRRS – terrifying.

What makes your book(s)/writing special?

My story is sincere. I am a method writer. I have to bring to mind misery, experience it, and reference it. The rage and tears my characters feel and invite you to feel is real. It comes from decades of watching injustices, losing my best friend to being murdered in jail, several other friends dying in similar ways, losing my sister, being falsely accused of a crime and never receiving an apology, having my dog shot while the shooter posted pics on Facebook and bragged, and a whole lot of misery from being a victim of corporate evil.

Then there are the joys; My daughter and son’s births, every time my wolf has puppies, people shedding tears of joy when I am nice to them or gift them, little kids just trusting each other despite being different colors, the smell of the sea, fresh-baked bread, etc. I am bipolar and suffer PTSD so emotions for me are volatile and explosive. Olympic athletes have advanced physiques, whereas people like me are able to reach down deeper than others and feel emotions on a level they will never experience.

The trick is to give the reader such an authentic yet familiar scene to draw emotions from that they are feeling things differently than they are used to. Writers who are good at this are Olympic WRITERS. Our imaginations and mind’s eyes are more developed than other folks. My story was written to honor those who have saved my life . . . LITERALLY. I tear up just thinking about those 5 guys. I’d go back to those days and live them forever if I could. So, I guess my story is special because it is VERY funny but actually happened . . . inside the minds of 5 stoned dudes in the 1980s. It saved my life, and made me respect things that I never gave a second thought to while I was living in that place. It was written to make those guys remember those good times and to know that I am eternally grateful for what they did for me. Pete, Max, Steve, Ian, and Roger.

So…what are you working on now?

I am in the process of self-publishing book 2 of my trilogy at the moment. It will be released in January 2021. “The Umpire Strikes Back”. Book 3, “The Return of the Redeye”, is also finished and ready for the final edit and production. It will be available in Jan 2022. As far as what I am working on actively right now . . . My story continues after the stand-alone trilogy, with the origin stories of my characters. This Tetralogy also continues the main storyline of our Hero (MC) trying to find his way home, deep underground. Each book of the tetralogy is the story of each hero’s past, as well as their present predicaments. “The Neblinski Code”, “50 Shades of Green”- (a romantic horror), “The Farce Awakens”, “The Phantom Anus”, “Enter the Drag Queen”, and “The Last Redeye”. I have to do these 6 books simultaneously so as to keep the flow and integrity of the main storyline while jumping back in time for flashbacks of that particular character’s past. It is very challenging, but that is what makes it so fun. I kind of feel that writing is like playing an epic videogame sometimes.

JRR is another author buddy of mine, that I’m honored to finally have spotlighted on my blog! Some of his answers had me rolling on the floor! You can tell how much he loves writing and his close connection with his book characters (something I relate to a lot). If you want to get in contact, donate, or connect with JRR you can through:

Thank you all for reading and remember:

What Seeds Are You Planting with Winnie Tataw 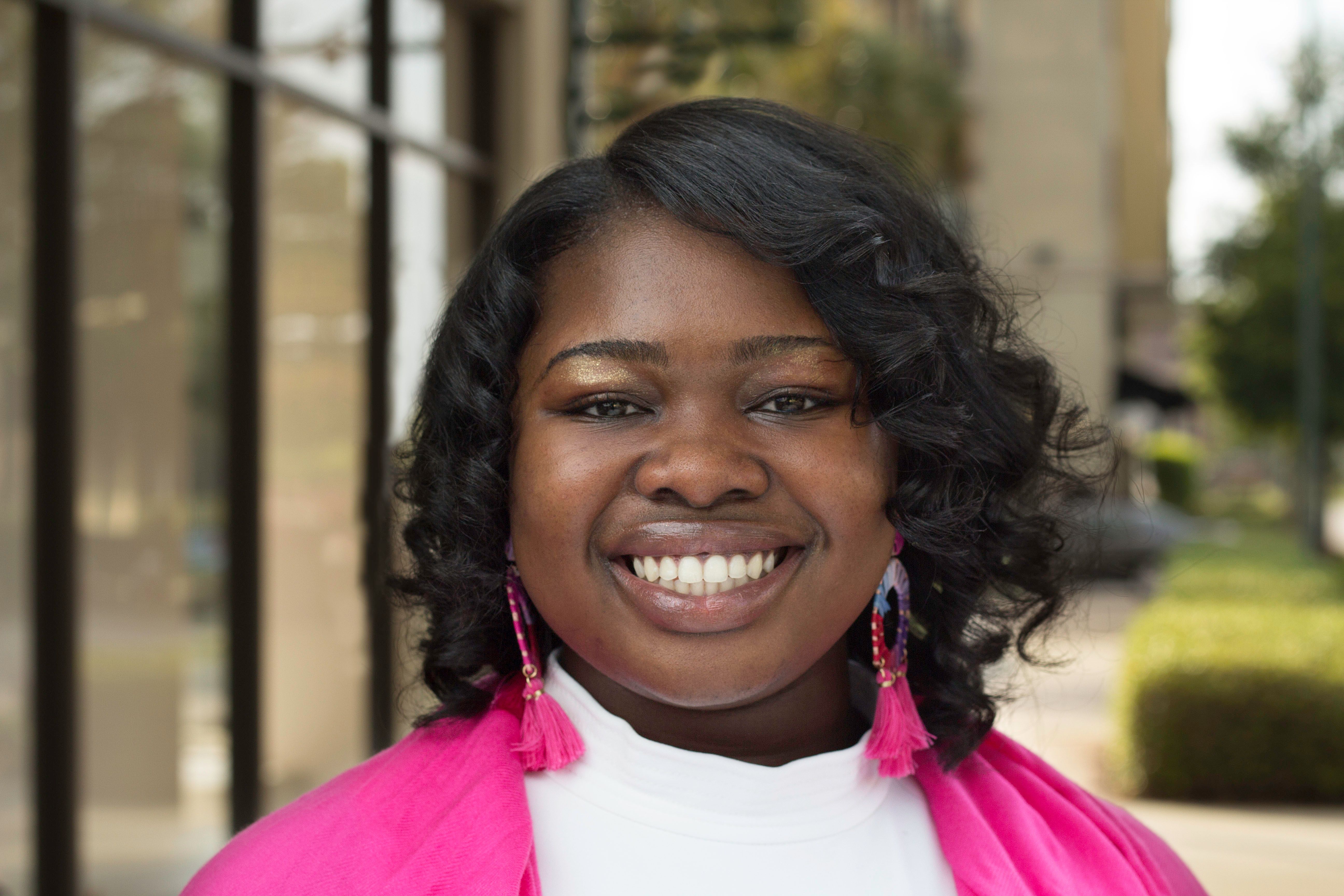