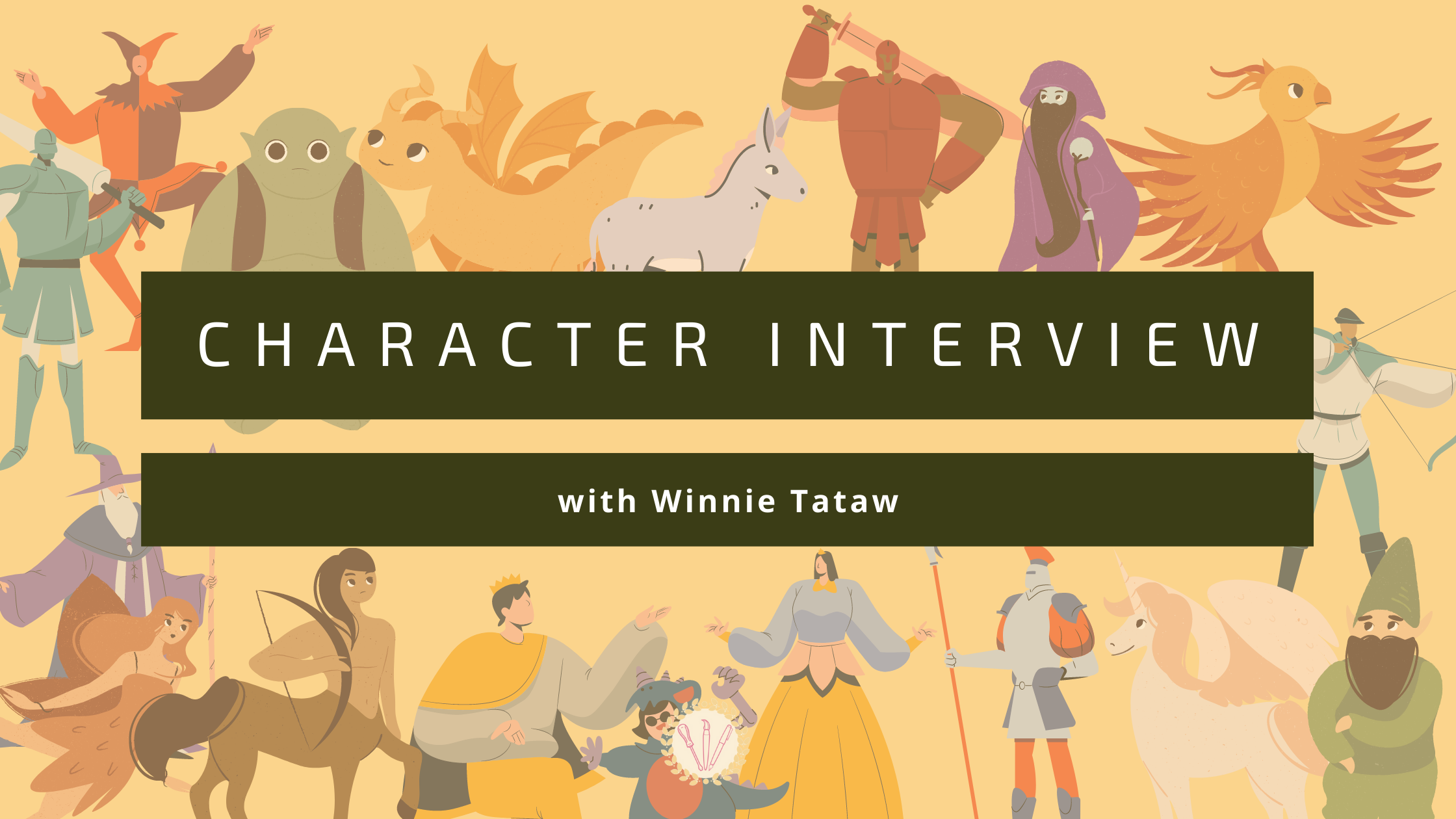 Hey everyone, welcome to another character interview. This is where authors can introduce a character from their book for us to learn about. Today we are interviewing Grarr from the book A New and Improved Hope (The Adventures of the Great Neblinski). So without further ado, let’s get on with the interview!

In the world of Oona, there are some very rare creatures, but few are rarer than the Urk. Urks are a form of artificial life form who are created not from scientific means but as a curse on the world, cast by an angry and disillusioned sorcerer from eons past.

Urks can range greatly in size from 5 to 6 and a half feet in height. They are usually such dark green they appear black.  Their physique is genetically designed to be perfect at murdering and doing battle with their creator race. Their faces are such that they are exactly what makes their victims feel fear. Nothing looks scarier to them than their own Urk.

Grarr is an Urk…however his story is special. He was created by a Talotian sorcerer (a Viking like sub-human race from the far southern ice lands) who was a true villain. Grarr then slew thousands of Talotians over a 5 year period until he managed to then gain enough wealth and power to command an army of goblins.

Grarr is a very intelligent Urk as well, and used his knowledge of goblins to spawn within their ranks a breeding frenzy that created an army of tens of thousands of fighters who he then set loose upon the Talotian empire.  Grarr is extremely tall for his species at 7 foot 8 inches. His arms are disproportionately long, as are his legs. His hands are huge and his fingers end with terrible talons. His teeth are perfectly shaped triangles of razor sharpness that fit in his mouth like so many scissors. He can bite a chunk out of a man the size of a grapefruit easily.

Grarr then fled his homeland and reputation and came to the Empire where he joined forces with his new friends and family to create a comfortable existence, keeping his past a secret he refuses to revisit it. He remembers the face of every Talotian he ever killed. His own curse.

Grarr values his comrades very much. He is the shrewdest of the group and the less likely to trust a stranger. He is a strict and shrewd business man, but is fare and willing to entertain different ideas from different sources.

A disclaimer: Grarr is a monster. This interview was not with him. He is far too terrifying to approach, so I spoke to his G’nome friend, Szvirf, who answered all my questions :).

Hi, nice to meet you! Tell the readers a little about yourself:

I grew up in a housing project. My mom was an artist and taught me how to be creative. This was her gift to me. We lived in a rough neighborhood, but I didn’t know better. So it was home. In my late teens I was drawn into a criminal subculture. It was pretty rough. I didn’t want to be there any longer. I didn’t want to upset my mom.

In my early 20s, I began to see myself going nowhere, fast. I was a good artist, a good story teller, but nowhere to test it. I needed an escape. Quite by accident, I stumbled onto a community of creative people who took me into their numbers. I soon found among them, a group of 5 guys who shared their cannabis with me, and invited me to play a table top role playing game, on a weekly basis.

I had heard of RPGs in high school, but never really had a chance to experiment with them before. I was intrigued with fantasy stories and took them up on it. Those 5 guys kept me medicated, interested and entertained for several years. They inspired me to write the Adventures of the Great Neblinski (TAOTGN). They probably saved my life, or at least kept me from jail.

My epic fantasy, “The Adventures of the Great Neblinski” is based on the weekly adventures we experienced- me and my 5 friends; Shiddumbuzzin, Grarr, Beornag, Raz, Durik, and yours truly, Poppa Szvirf Neblinski.

What is your most treasured possession?

My guitar is my most treasured possession. I also own wolves, who I treasure way more than my guitar, but I think of them more like family than possessions. I also have a parrot who I also think of as family. I don’t own life forms. I care for them, maybe, but not own.

Life is not so black and white. I am neither and both. Every moment is different from the last.

Do you have any hobbies? If so, what are they?

What is the biggest struggle you face in life?

Death. I do not deal with losing people very well. It crushes me every time and it has taken years to get over losing people I love.

It was so nice meeting Grarr (and Szvirf) ! You can learn more about this 7’8” fella book and their author down below!

Book: The Adventures Of The Great Neblinski
Book One: A New And Improved Hope

JRR Tokin is a fictitious character, created by author, Mark E. G. Dorey. Mark is a fantasy author and artist from Canada. JRR Tokin was a pen-name he created. When his story was first written, Canada had strict laws pertaining to cannabis. He was a father of two and wanted to protect his children from the stigma that was attached to cannabis. He was medicating with cannabis during that time. So, he created an alias. NOTHING about JRR Tokin is actually true. [Except the part about water. He DID invent water].